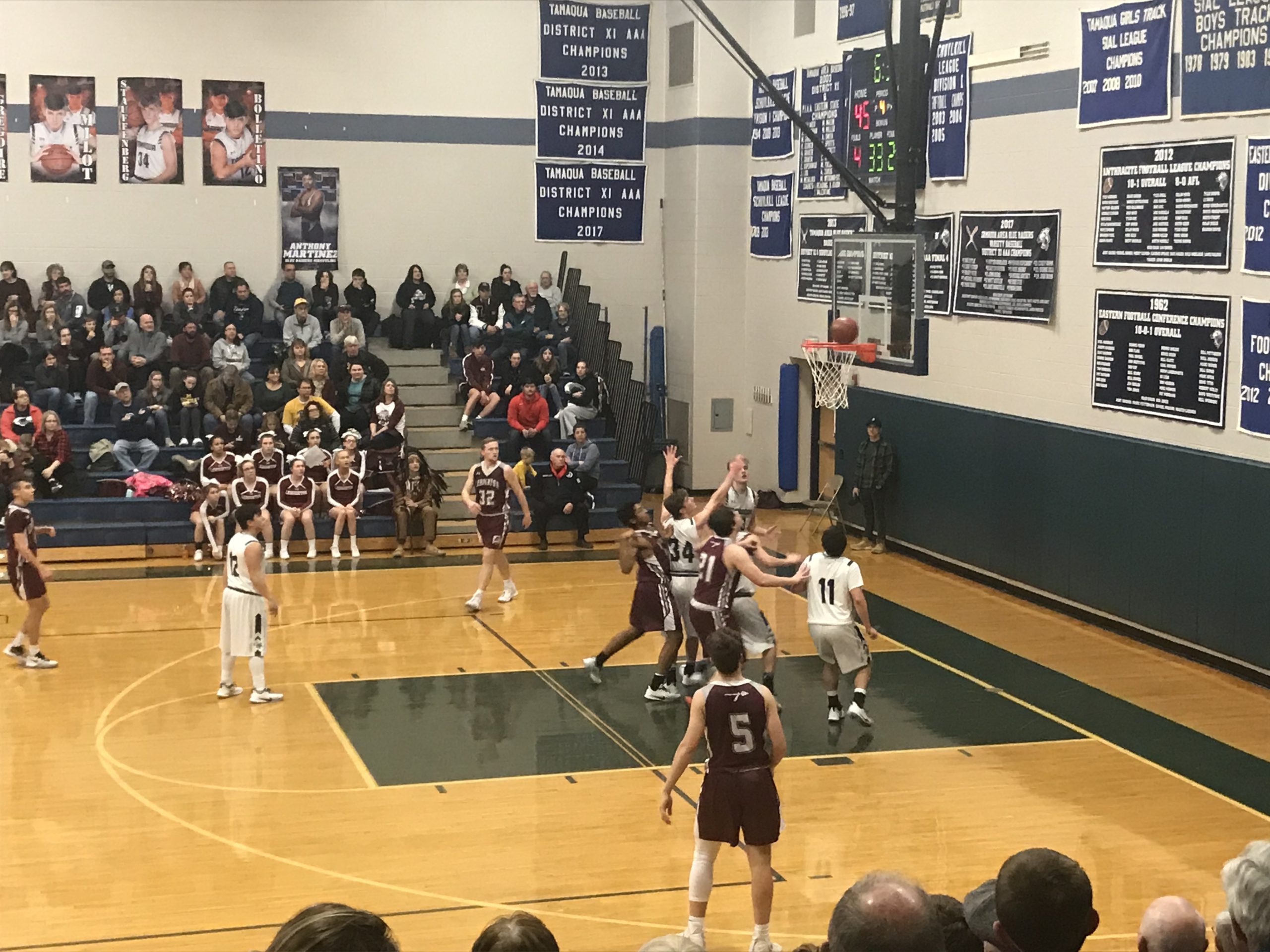 The Tamaqua Blue Raiders welcomed the Lehighton Indians for a boys varsity basketball match Friday night for the D11Sports game of the week. Tamaqua came in with a 9-3 record while Lehighton came in with a 6-5 record.

Tamaqua jumped out to a 9-0 lead in the first quarter. Lehighton was held to three points in the first quarter giving Tamaqua an 11-3 lead at the end of the first. Tamaqua went into halftime with a 27-16 lead over Lehighton. Tamaqua’s top scorers at the half were senior Brayden Knoblauch and senior Lucas Gregoire, each with eight points. Lehighton’s top scorer at half, was senior Ethan Lutz with six points. Tamaqua held Lehighton to six points in the third quarter. Tamaqua led 43-22 at the end of the third quarter. Tamaqua ended up winning the game by a score of 59-34.

Tamaqua’s top scorers were Knoblauch, the D11Sports Player of the Game, with 16 points along with 13 points from Gregoire. Tamaqua’s next game is Monday, January 13th at 5:30PM as they travel to Panther Valley to take on the Panthers. The Raiders improve to 10-3. Lehighton’s top scorer was junior Richard Yturrino with ten points. Lehighton’s next game is Monday, January 13th as they welcome the Pottsville Crimson Tide. The Indians fall to 6-6.