The Golden Hawks are Golden Again 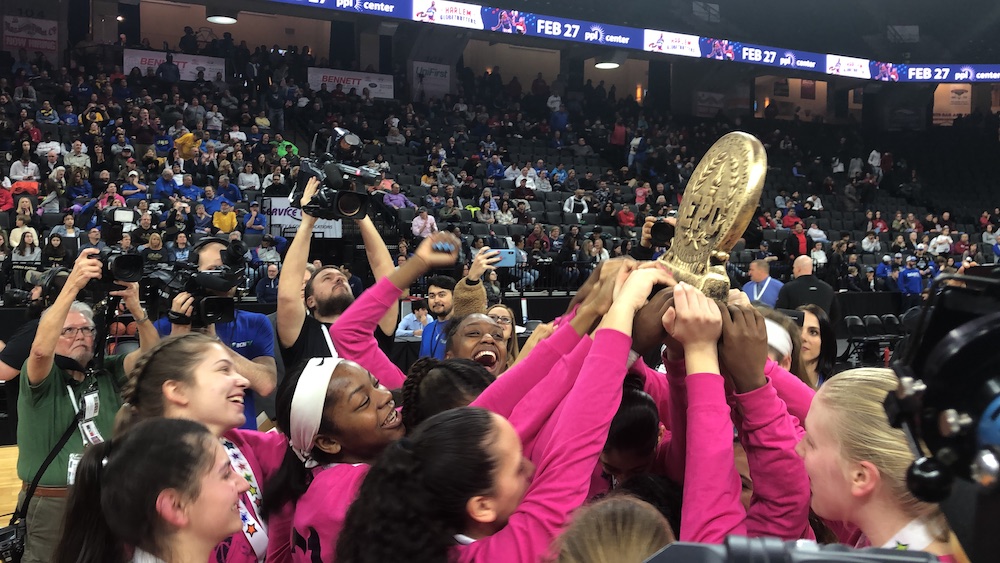 The Golden Hawks won the regular season meeting on January 1, 44-26 on a night that Taliyah Medina scored her 1000th career point. This night much different as the Blue Eagles used a 9-0 second quarter run to lead at the half 19-11. A 12-3 second quarter for Nazareth and a solid performance by Kelly Leszcynski who scored 10 first half points.

Things changed quickly in the third as Taliyah Medina got hot scoring 8 points including a 3-point play that ignited a 14-2 run and Golden Hawks led 23-21 after three.

To the 4th, Leszcynski hit her 3rd three of the game to even the game at 26-26 with five minutes left in regulation. But Kourtney Wilson scored five straight points to help the Golden Hawks to their 4th straight league championship 34-28 over Nazareth.

Medina and Wilson led Bethlehem Catholic with 10 a piece while Leszcynsk paced The Blue Eagles with 15 and was named Stacey Perryman Most Outstanding Player. The Two teams now get ready for Districts which get underway next week.

The @NazGBball use a 9-0 2nd quarter run and they lead @BecahiGBB 19-11 at the half. @kellyleszcynski with two big threes as she hits for 10 points and they also get transition points by @talyabrugler. pic.twitter.com/WKmG2bD3hX