It’s been a season to remember for the Whitehall Boys Volleyball team, having already captured a league and district championship. On Tuesday night, the Zephyrs began their quest to make a run at a state title when they opened up the PIAA 3A Tournament against District 12 runner-up Central.

The Zephyrs the heavy favorite and it showed as they dominated from start to finish as they would sweep the match 25-7,25-4,25-11. League MVP Joe Herman led the way with 15 kills while Aziz Atiyeh added 17 digs and Ricky Melosky dished out 22 assists.

With the win, Whitehall improves to 24-0 on the season as they advance to the State Quarterfinals on Saturday. They will face off against Northeastern, the runner-up from District 3. They beat undefeated Central Bucks West in five games. Whitehall will have their biggest test of the season against a Northeastern team that has won the last six PIAA 2A Championships before moving to the 3A classification this year.

In other Volleyball action, Parkland saw their season come to an end losing to Central York in three games 25-17,25-16,25-20. On the 2A level, Bethlehem Catholic is on the the State Quarterfinals after beating Lower Dauphin in four games. Next up for the Golden Hawks will be District 7 Champion Ambridge on Saturday. 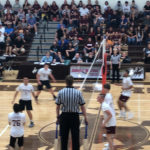 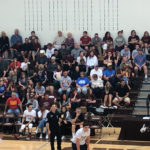 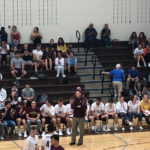 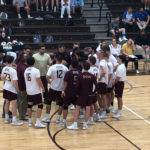