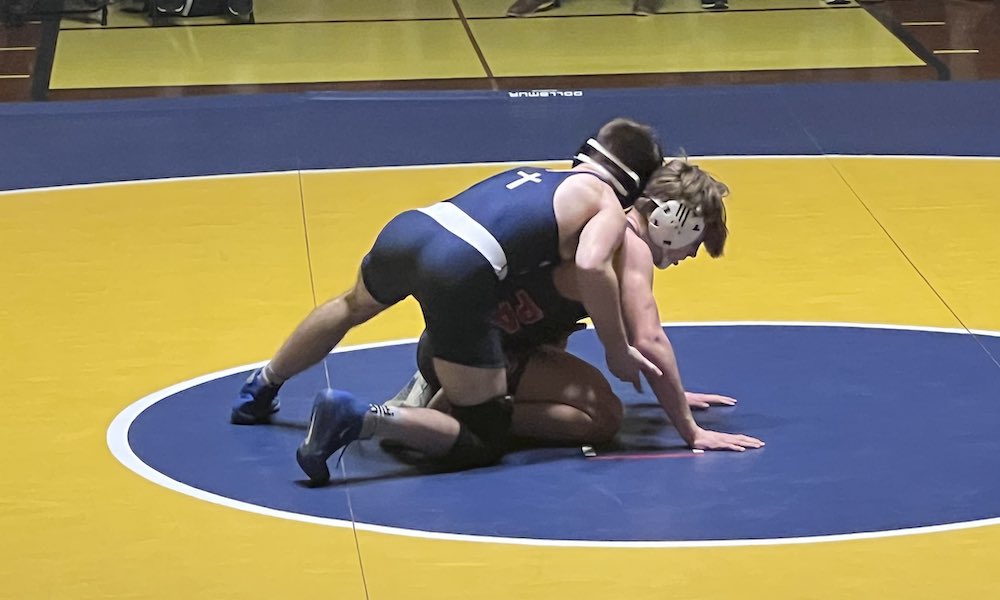 BETHLEHEM – Notre Dame-Green Pond hosted Saucon Valley Friday night in a showdown in front of a packed crowd. The Crusaders came out with a 40-20 win over their rival, Saucon Valley.

The night got started when the Panthers forfeited the first two matches (107 and 114).

Saucon Valley won the next three matches. At 121, Cole Hubert defeated Cooper Feltman 7-1 and at 127, Aiden Grogg won a close match 7-5. Hector Mateo got the win over Tanner McQueen 8-4.

Saucon Valley got a tech fall by Liam Scrivanich and a pin by Jake Jones. But it wasn’t enough as the Crusaders won 40-20.