Blue Eagles Fly By the Vikings in the Pool 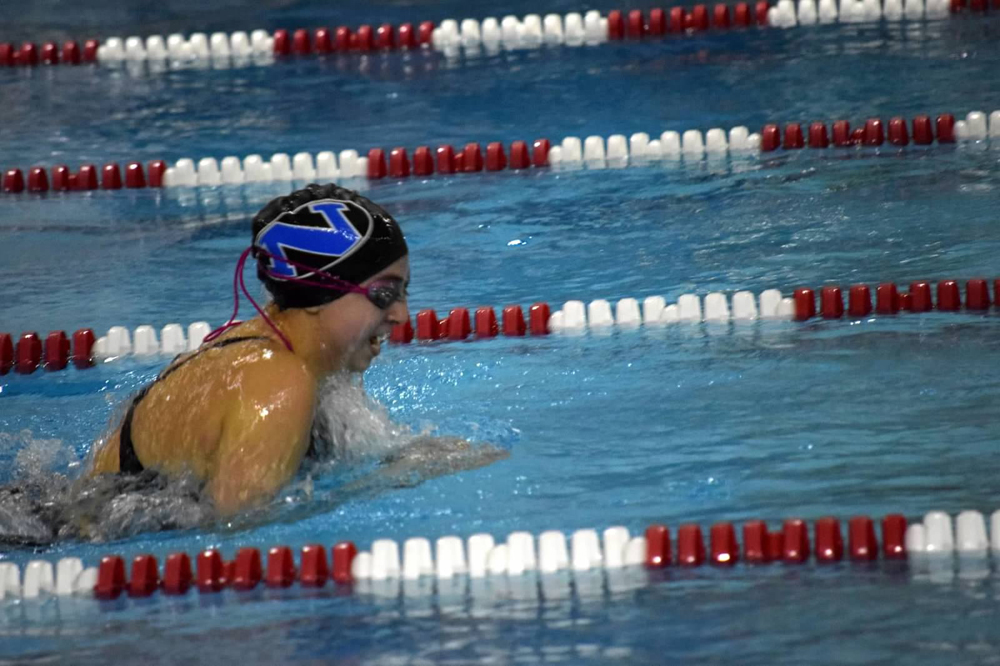 The Nazareth Area High School Swim Team swept the Allentown Central Catholic Vikings on Thursday night. The girls won by a score of 95-75 and the boys by a score of 95-68. On the girls side, Air Force commit Raquelle Roesch took home gold in both of her individual events. She won the 100 Freestyle. She also took down a NAMS Natatorium pool record in the 50 Freestyle with a time of 24.62.

For the boys team, senior Gabe Laslo won both the 200 Freestyle and the 100 Backstroke. He also teamed up with Brendan Alvino, Matt Keller, and Sean Disbrow to win the 200 Medley Relay. The Blue Eagles look to advance to a 6-2 record next Tuesday in their matchup against East Stroudsburg South at the Nazareth Area Middle School Natatorium.