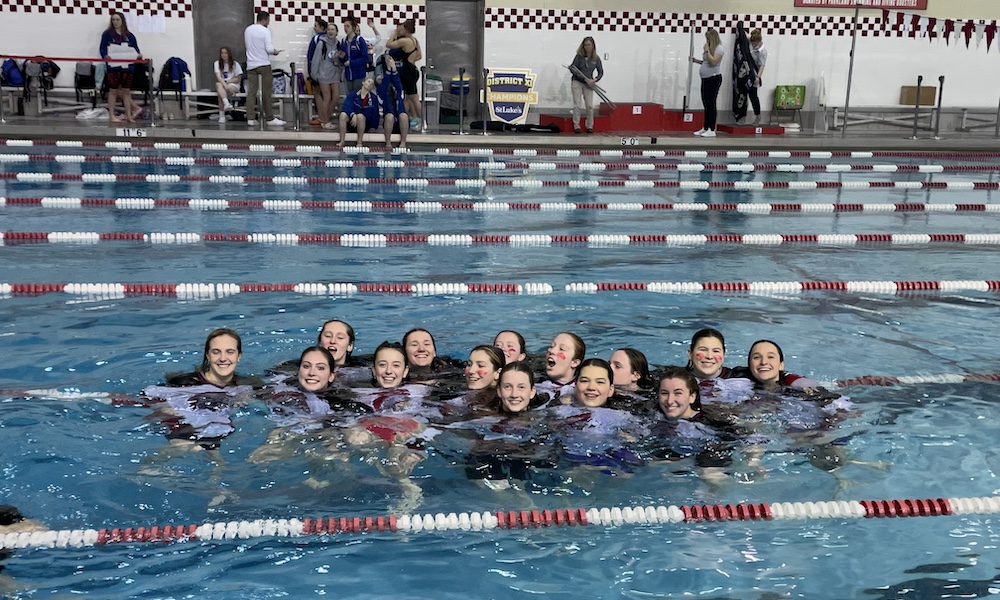 The final day of the District XI 2022 Swimming Championships brought a lot more fast times and impressive races. The fun energy created from Friday’s session continued over to Saturday’s session, making it a loud and exciting atmosphere. Saturday’s session consisted of events 15-24. This was the last chance to put points up on the board for the teams.

To kickoff day two of the meet was the girls 100 freestyle. Kayla Johnson (Parkland, Sr.) came in first with an impressive time of 50.14. Tori Fenn (Pocono Mountain East, Sr.) came in second. Jillian Kingsley (Nazareth, Jr.) came closely behind her in third, and Brianna Wasem (Southern Lehigh, So.) followed in fourth.

In the 500 freestyle, Claire Weaver (Parkland, Sr.) came in first in a time of 5:04.00. She finished 10.14 seconds ahead of Olivia Szerencsits (Northampton, Sr.), with Morgan Gould (Emmaus, Jr.), and Julianne Zaffiro (Parkland, Fr.) following in third and fourth.

The next event for the girls was the 100 backstroke where Garrity Ford (Southern Lehigh, So.) took gold with a time of 56.52 just ahead of Madison Camden (Southern Lehigh, Fr.), who was followed by Sophia Cerimele (Parkland, So.), and Catherine Sirignano (Emmaus, Jr).

The last individual event of the meet was the 100 breaststroke. Chloe Vlaeminick (Emmaus, Sr.) placed first in the event with a time of 1:06.87. Sydney Platt (Parkland, Jr.), Sada Fleischaker (Parkland, So.), and Julianna Rice (Nazareth, Sr.) followed closely.

To end the session for the girls, Parkland put on an exciting 400 freestyle relay and placed first with a time of 3:34.22. Southern Lehigh finished second only by .14 seconds. Emmaus, and Pocono Mountain East finished third and fourth.

After the girls’ 100 freestyle, the boys put on a great race themselves. Addison Collins (Liberty, Sr.) finished first in the 100 freestyle in a time of 45.52, followed by Alex Magditch (Emmaus, Sr.), Jack Hasker (Nazareth, Jr.), and Seth Metzger (Emmaus Sr.).

The next event for the boys was the 500 freestyle where Andrew Taylor (Emmaus, Jr.) took gold just ahead of Ethan Coffman (Nazareth, Jr.), who was followed by Aaron Stinner (Whitehall, So.), and Luke Willard (Parkland, Sr.).

In the 100 backstroke, Patrick Gilhool (Liberty, Sr.) came in first in a time of 48.74 breaking the pool and district record. He finished ahead of Andrew Wendling (Southern Lehigh, Sr.), where Andrew Lamack (Emmaus, Sr.), and Daniel Lehr (Liberty, Jr.) placed third and fourth.

To finish up all the individual events of the meet, the boys put on a nail biting race where Nick Zaffiro finished first ahead of Malcolm Collins (Liberty, So.) in a time of 58.49. Carter Mui (Pocono Mountain West, So.), and Ian Thomas (Whitehall, So.) took third and fourth. To complete Districts entirely, we got to watch an impressive 400 freestyle relay race. The team that took gold was Emmaus in a time of 3:09.37. Nazareth touched in second. Parkland came in third, and Southern Lehigh came in a close fourth.

As for the boys, Emmaus claimed gold and came out on top with their 15th straight District win with a score of 475. The runner up on the boys side was Liberty with a score of 332. In third place was Nazareth with 312 points.

Congratulations to all the teams on successful seasons and to each swimmer on incredible swims. Also, a big congratulations to the two swimmers who were honored with an EPC Outstanding Swimmer award. On the girls side, it was senior Kayla Johnson from Parkland and on the boys side was senior Patrick Gilhooly from Liberty. These two individuals had a phenomenal season. They were also both honored with the Dennis McGinley award. These two truly shined this weekend at Districts.

Good luck to all the athletes competing at states in two weeks and any other championship meets! 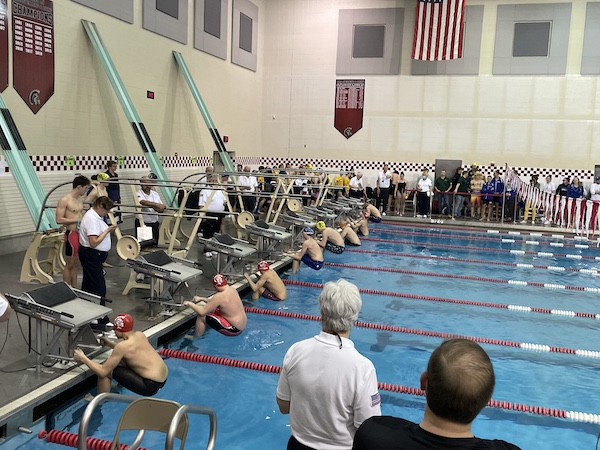 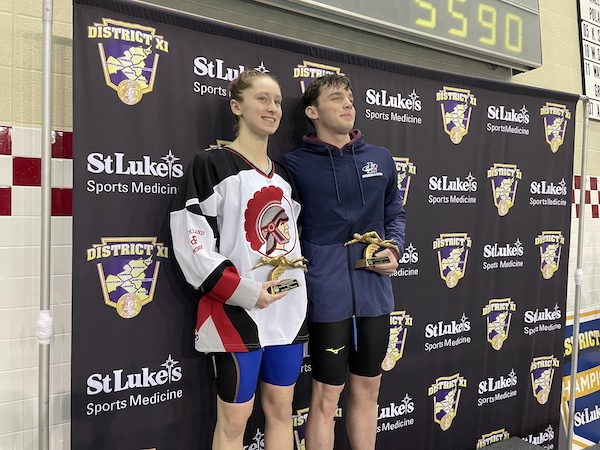 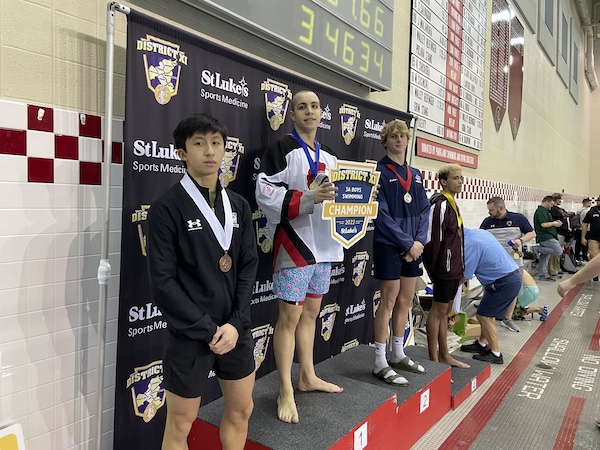 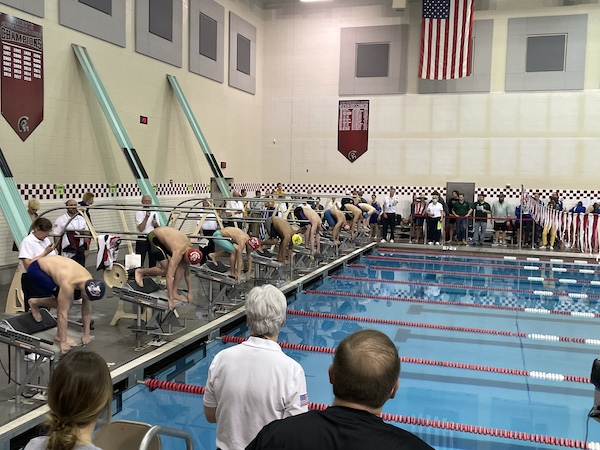 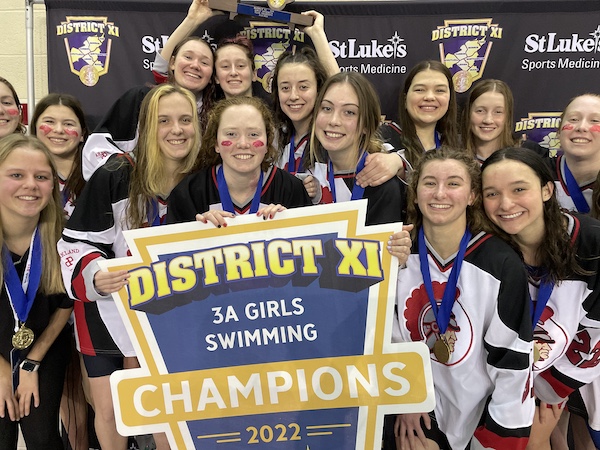 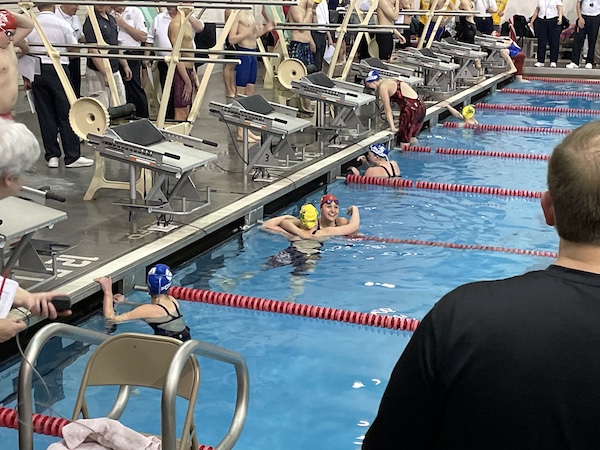 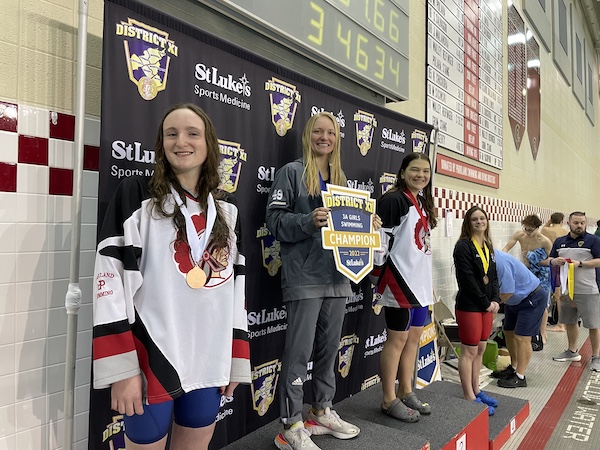 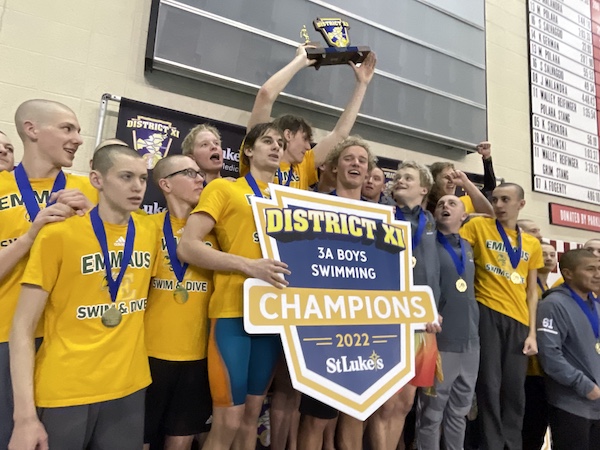 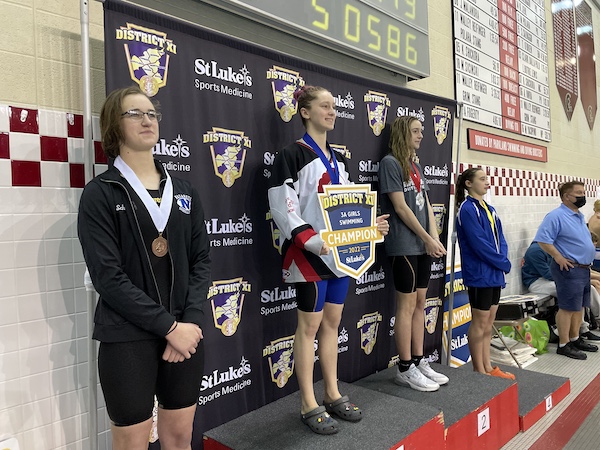