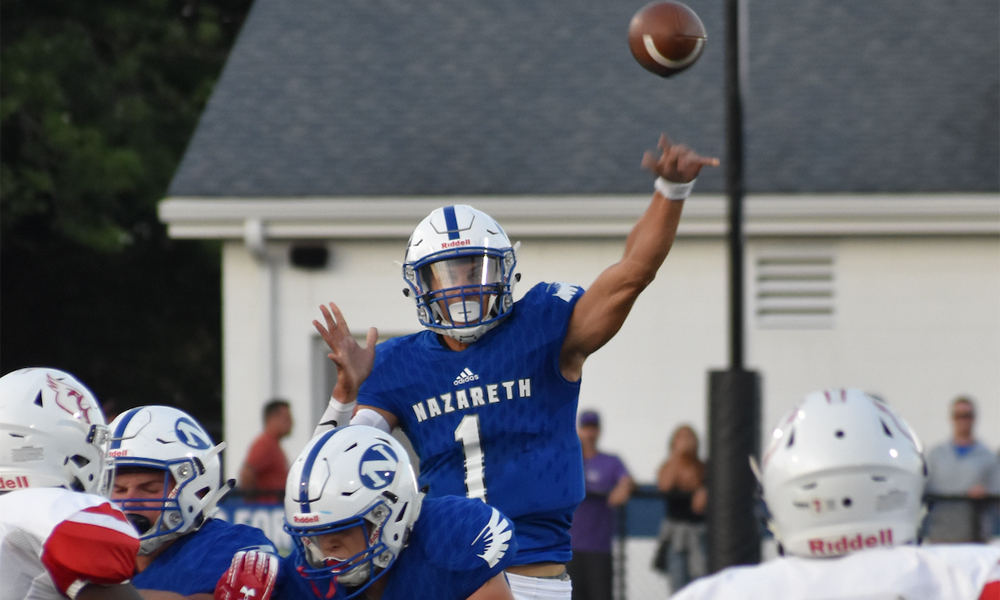 Andrew Darno of Notre Dame caught a school-record tying 10 catches vs Northwestern.  He is the 6th player at Notre Dame to catch 10 passes in a game.  They include Rob Harper, Josh Jurgensen, Nick Basenese, Danny O’Hare, and David Sanders.  Matt Kistler of Tamaqua set 2 new school-records and tied another when he caught 7 passes for 180 yards and 3 td’s vs Line Mountain.  The 180 yards breaks the single-game record of 167 yards that Vince Boyer had vs Marian Catholic in 1997.  His 3 td catches in the game ties the single-game record held by Dustin Vandermartin when he caught 3 vs Shenandoah Valley in 2012.  Kistler now has 17 career td catches which breaks the school-record of 16 that Anthony Bumbulsky set from 2007-09.  Vincent Reph of Freedom caught 4 passes for 102 yards and 3 td’s vs ES North.  I will have to check to see if the 3 td catches ties a single-game school record.

2019 single-game highs: ( ) is the week the player accomplished the stat