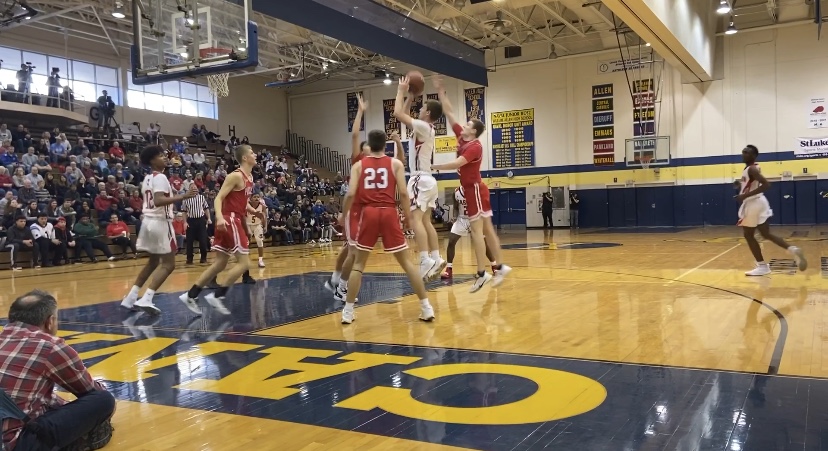 It took not one, but two overtimes for the Red Rovers to come up on the winning end over the Trojans.

Great defense was played throughout the entire game for both teams. The halftime score saw Easton down seven as the score was 22-15 Parkland ahead.

The third quarter was much of the same, with low scoring and intense defense.

The Trojans had the ball last with 26 seconds in overtime, but couldn’t do much as the Red Rovers’ defense was superb. The first overtime ended 42-42 and a double overtime had to be played.

PLAYER OF THE GAME: Aaron Clark