Lehigh University’s Ulrich Sports Complex the sight for Friday night’s District XI 3A Boys Lacrosse Championship. Parkland, the two time defending champions, came into the game as the top seed with a perfect 20-0 record Emmaus, meanwhile, the three seed checking in with a mark of 14-7. Parkland swept the regular season series from the Green Hornets but this game would be different.

The Trojans jumped out to a 2-0 lead but Emmaus countered to tie the game at 2-2 and eventually take the lead. The two teams would go back and forth from there throughout the rest of the night. with Emmaus on top 6-5 late in the 4th quarter. Zach Poremba would score with 1:10 left to tie the game at 6-6 and send the game into overtime.

Just 1:14 into the overtime, Evan Bhagat took a pass from Bailey O’Connor and found the back of the net for the third time on the night. That was your game winner as Emmaus stuns Parkland to win the 2019 District XI 3A Championship. It’s the Green Hornets first title since their three-peat from 2013-2015 and their 6th overall District Championship.

The loss ends Parkland’s season at 20-1 while Emmaus(15-7) now gets ready for the opening round of the PIAA Tournament which gets underway on Tuesday. They will take on District 12 runner-up St. Joseph’s Prep. 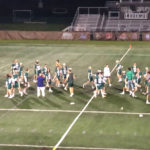 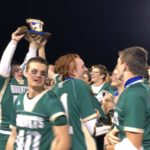 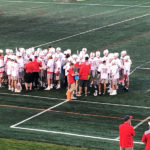 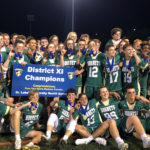