For the third straight year, Central Catholic and Southern Lehigh met in the District XI 2A Boys Lacrosse Championship. The Vikings came into the title game at Lehigh University as the top seed and looking to three-peat. This game expected to be a down to the wire finish after the regular season meeting went to Central Catholic 12-11 back on April 10, 2019.

But this game was totally different as the Spartans jumped out to a 6-0 lead behind Ken Wolfe(6goals/4 assists) and never looked back winning the championship 16-10. It’s the Spartans first District XI Championship since 2016.

Southern Lehigh also got production from Michael Smith who finished the game with four goals. In the loss, Justin Pasquale did all he could do scoring five goals and adding two assists. The Spartans improve to 14-5 with the win while Central Catholic ends the season at 17-5.

Next up for Southern Lehigh is the PIAA tournament on Tuesday with the Spartans set to play District 12 runner-up Archbishop Carroll. 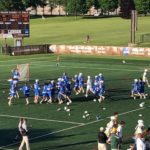 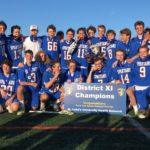 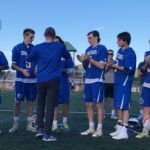 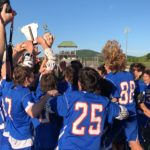 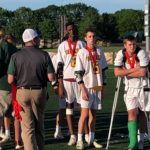