It was a perfect afternoon in Allentown as student-athletes made their way to J Birney Crum Stadium. This year, the Allen Invitational brought in 16 Boys teams along with 15 Girls team.

The leagues were represented well with 7 Epc teams, 6 Colonial League along with three schools from the Schuylkill League all taking part.

In the end Liberty-140 points-won first place on the boys side. Parkland finished second with 81 points while Bangor came in third with 73 points.

On the Girls side, the Liberty Hurricanes joined the boys team, as they won first place with 131 points. Parkland finished second with 91.5 points while Lehighton took third ending with 78 points. 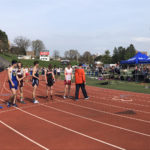 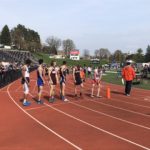 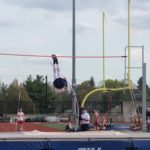 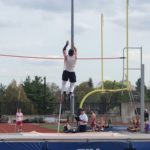 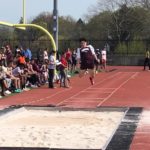 Tianna Wilson of @AllenAthletics takes first place in the 400 meter dash in a time of 102.27. Natasha Kuklis of @ACCHS_Athletics finishes second with Julia Kluge of @BMSDAthletics finishing third. pic.twitter.com/2IMTEcwMet

A big day at the @AllenAthletics Invitational for @SlaterAthletics Derek Lasher as he breaks the school record for Pole Vault with a height of 14-01. Here is one of his vaults prior to reaching that achievement. pic.twitter.com/zRHVAGGgN7