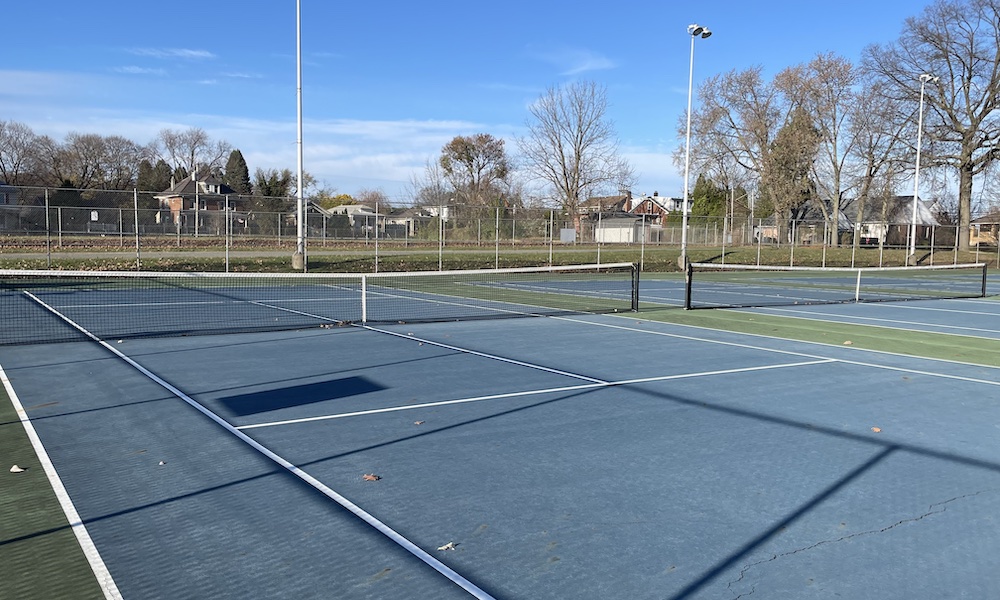 Diligence, grit, and determination are a few words that come to mind when describing the 2022 girls’ tennis team. The team made significant improvements, overcame obstacles, and put their all into this season.

The tennis team put in hours upon hours of hard work into this season to become the best they could be. The team was led by captains Samara Tomlinson, Keyla Ponce Reyes, Glenneca Hall, and Amanda Nicinski and coached by Alex Ostrowski and Faith Roncoroni. Coach Roncoroni explained that her captain’s leadership was “phenomenal” and that “All of them [the captains] were really great. We always had someone willing to encourage new members and keep the team focused.” The team practices all year round but really got into the swing of things in June. Over the summer, the captains lead “captains practices” where new and old members could practice, learn, and participate in matches. The tennis team practiced nearly every day after school in the fall. Practices consisted of warm-ups, drills, match play, and a lot of serving. The determination of these athletes was proven out on the courts during match play and tournaments.

Despite the hardships and obstacles of the season, the tennis team prevailed. One of the highlights of the season was the Hunter-Warren-Sussex tournament, where all of P’Burg’s tennis players that entered the tournament, moved on to the second round. Captain Samara Tomlinson’s talent shined in this tournament as she advanced the furthest. Overall, the team placed 5th overall at the tournament. Another highlight of the season was the Warren Hills match. After the match was rained out three times, the girl’s anticipation grew. When game day finally came, they came out on top and dominated Warren Hills. The team ended the season with a record of 2-13. Despite their losses, they kept their spirits high and always bounced back. Coach Ostrowski declared that he had a “great group of girls” and that they were “very coachable.”

Throughout the highs and lows of the season, the team worked on sticking together and learned the value of teamwork.

Throughout the season, the team evolved, getting better with each practice. The tennis team brought in many new faces this season and quickly integrated them into their “family.” Some athletes had never even picked up a racquet before the first practice, but they quickly learned the sport of tennis and even brought in some wins. Coach Roncoroni stated that her goal of the season was to, “get the team to come together as a family,” and they did just that. Through team dinners, team bonding, matches, tournaments, and practices, the team built a special connection together. Coach Ostrowski described his team as “Excellent students and a close-knit team.” The bond that the team shared helped the team work together and succeed.

The 2022 season was a year of coming together as a team and overcoming obstacles. Their sportsmanship and camaraderie helped them advance to a new level. The 2022 tennis team is proof that a team is more than just victories-it is teamwork, dedication, and determination.