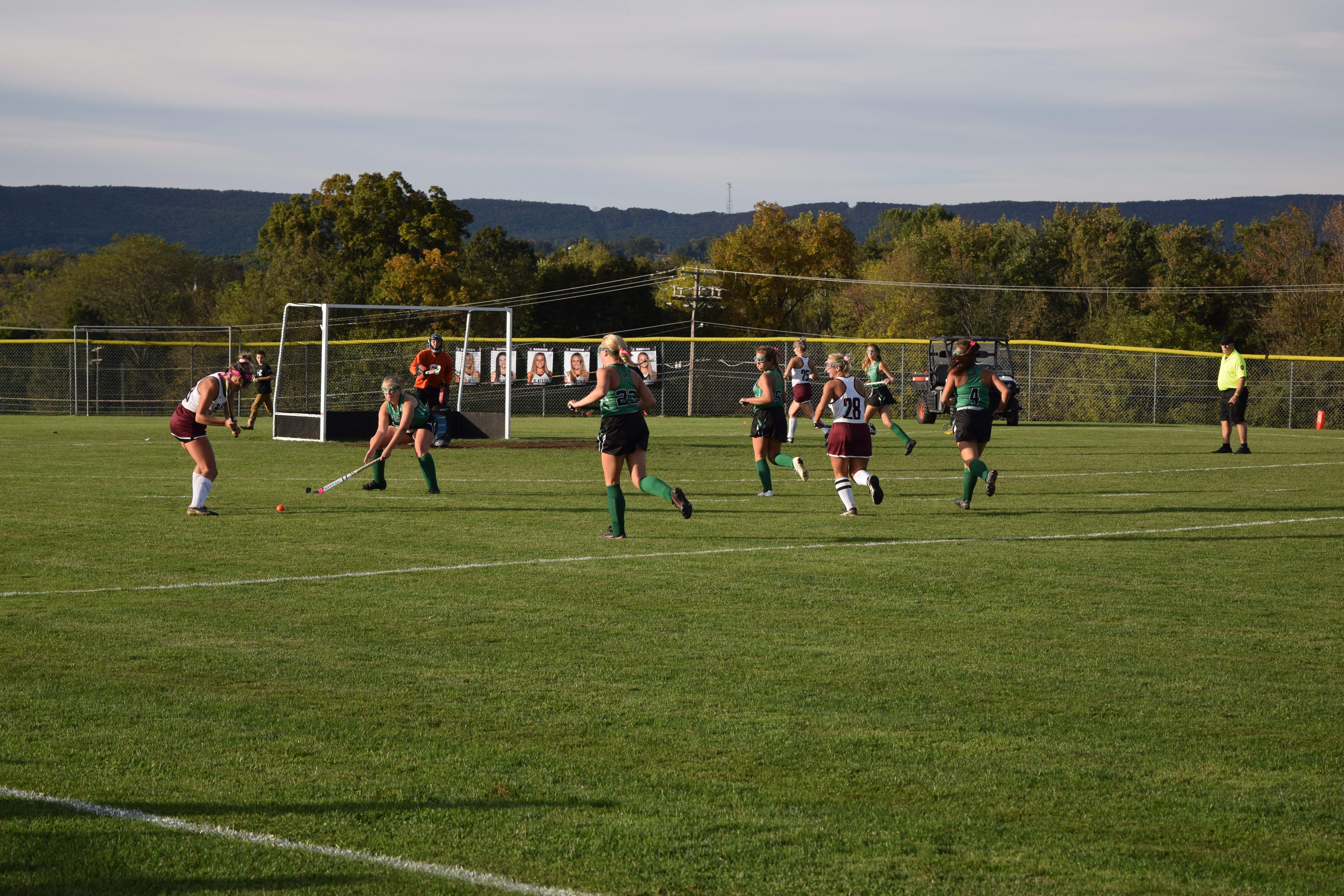 On Tuesday October 8, the Slater Girls Field Hockey team took on their rival, the Pen Argyl Green Knights, in a fantastic game! The girls fought hard and came out on top with a score of 3-0.

After being rained out on Monday, the girls were eager to play their last home game of the season. They held a pink out as well to support breast cancer awareness month !

In the first half, two goals were scored by junior Mylaina Schippers and sophomore Kaylee Holland. The team overall had their hearts on the field and were determined to win. The girls had amazing passes and great communication throughout the game. After halftime another goal was scored by senior Carly Amerman which brought them to their final score 3-0!

The team had a fantastic regular season and they hope for continued success!