The Community comes together for Justin Sheftel

On June 15, 2005 Justin Sheftel was hit and killed while celebrating Senior week with his friends in Ocean City, Maryland. On Saturday, the friends and family of the Parkland graduate came together to show their support, as they participated in the 15th annual Justin Sheftel Memorial Softball Tournament held at the Lehigh County Fields.

Twenty boys and girls teams were decked in their Justin Sheftel shirts as they hit the diamond for a full day event that has grown to more than softball. Also, on hand was face painting, a Mocktail event, food trucks, an a silent auction featuring many different items including a Steve Carlton signed autographed jersey.

The Hall of Fame baseball player once again took part in the tournament as he visited with everyone for a group photo. Carlton took part in an All-Star Baseball Clinic sponsored by St. Luke’s University Health Network that also featured DeSales coach Tim Neiman and others.

The annual event has helped raise more than $400,000 since its inception. The Sheftel Memorial Fund awards scholarships and financial contributions to a number of different charities and individuals. It’s mission is to celebrate Justin by providing athletic and educational opportunities for underserved youth in the greater Lehigh Valley. 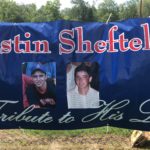 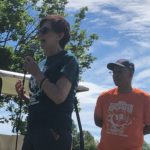 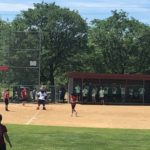 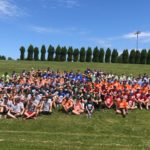 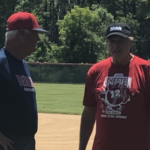