It’s on to Happy Valley for Notre Dame

The Notre Dame Crusaders baseball team were just two games over .500 after 12 games this season but since that time they have won 16 in a row. And yesterday, Notre Dame scored early and often and got a good pitching performance by Steven Luke leading them to an 8-1 victory over Lake Lehman.

The win advances the Crusaders to their first ever State Championship game, which will take place Thursday afternoon at 4pm at Penn State against Mount Union, the District 6 champions with a record of 24-3.

Notre Dame used a 5-run 5th inning to break the game open while Luke, the Colonial league MVP, went the distance giving up just seven hits while striking out four.The Crusaders, the District XI Champions, will now enter the title game with a record of 23-5 overall. 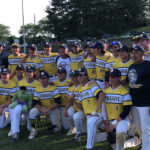 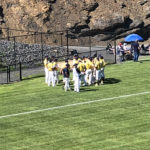 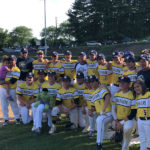 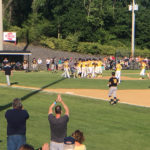 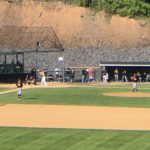