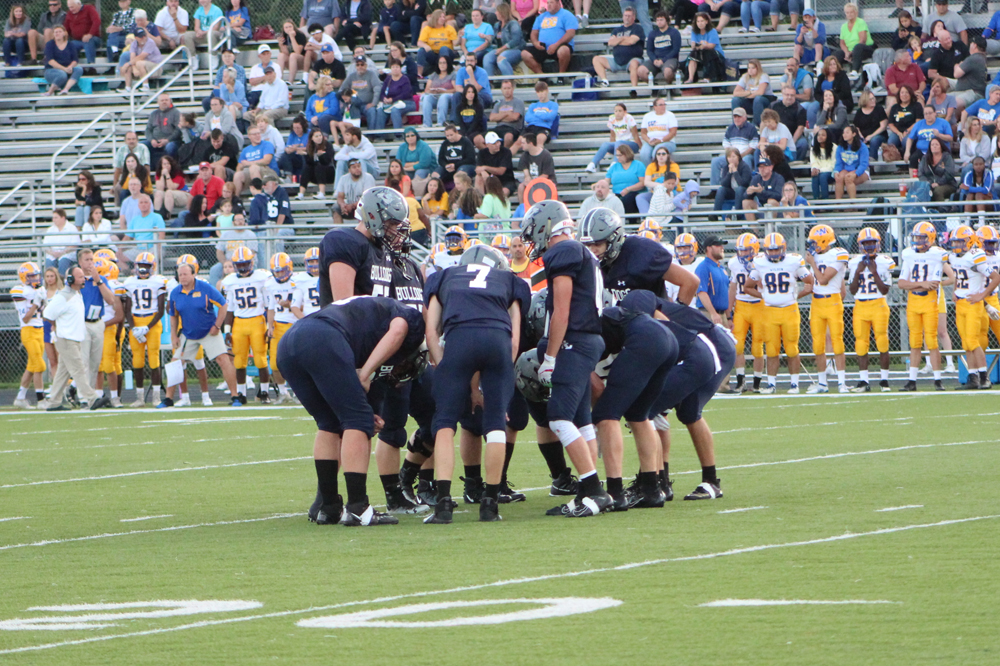 Northern Lehigh has earned its first win in the first game of the football season against the Wilson Warriors, 14–10. Neither team put up any points in the first and second quarters. They didn’t kick until the third.

Things were bleak in the NL crowd as the final minutes of the game ticked away. Then, with 1:45 left, Matt Frame, broke free from the Warrior offense to score a touchdown. After the extra point, at 14–10, NL’s quarterback Zach Moyer took a knee to run out the clock.