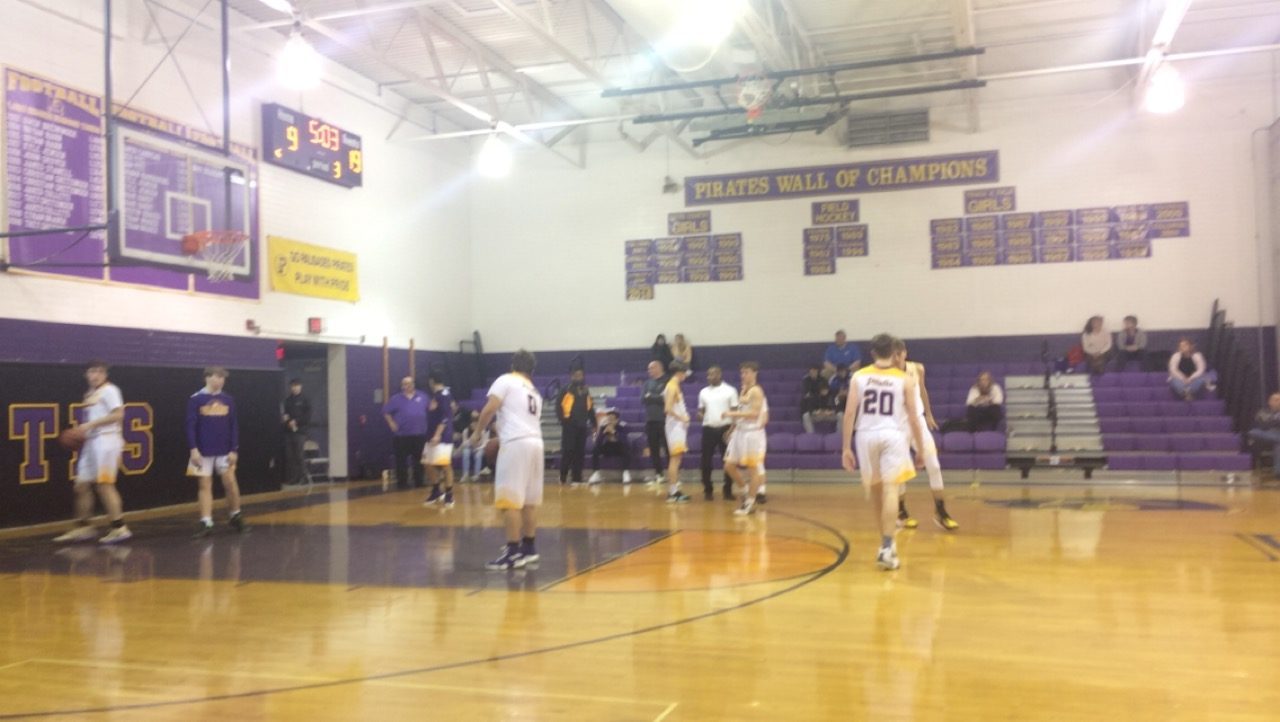 Thursday night the Palisades’ boys basketball team took to the court to face off against Salisbury. This would be their second to last home game of the season with their senior night being on Tuesday, February 4th. The starters for the game were Liam Carey, Brandon Fox, Zach Shoemaker, Caleb Johnson, and Bobby Snyder.

Gus Yocum, a senior at Palisades, took to the free throw line just 30 seconds into the quarter. He sank both, but Salisbury returned with a three-pointer, edging out Palisades 13-5. Possession went back and forth between the two teams, until Yocum threw the ball out of bounds. Salisbury hopped on this opportunity to score with five minutes left in the half. A travel was called on Salisbury, but they recovered to make a free throw. Snyder got a free throw himself and made his second attempt. The half ended at 19-9 with Salisbury in the lead.

A minute into the second half, Salisbury scored. Palisades returned with a basket of their own, making the scoreboard read 21-11. The two teams went back and forth again to each add two to their scores. In the middle of the third quarter, Synder got the crowd jumping to their feet with a three-pointer, making it 25-16.

A timeout was called, but when play returned, Salisbury started off by throwing the ball out of bounds. With 3:20 on the clock, Snyder was fouled.  He missed the first, but made the second, helping Palisades’ cause. He came up big again moments later with a jumping basket. However, Salisbury returned to the free throw line to make one.

Play went back and forth until the score wass 33-28 and a timeout was called. Shoemaker missed two free throws with 3:58 left. Both teams scored again, making it 35-30. Fox hit a three-pointer only for Salisbury to score themselves. Yocum made it to the free throw line and made one, changing the score to 37-34 at the timeout.

Salisbury hit their first three-pointer of the night and another free throw to widen their lead. Snyder, a key player for Palisades in this game, hit another three with 40 seconds left in the game. The score was 43-37 after Salisbury made two more free throws. Palisades’ coach did not like a call on one of their players and got thrown out of the game, with a meager nine seconds left. Salisbury made one more free throw to end it at 44-37.

Palisades is headed to Bangor on Saturday, while Salisbury is at home on Friday against Northwestern Lehigh.