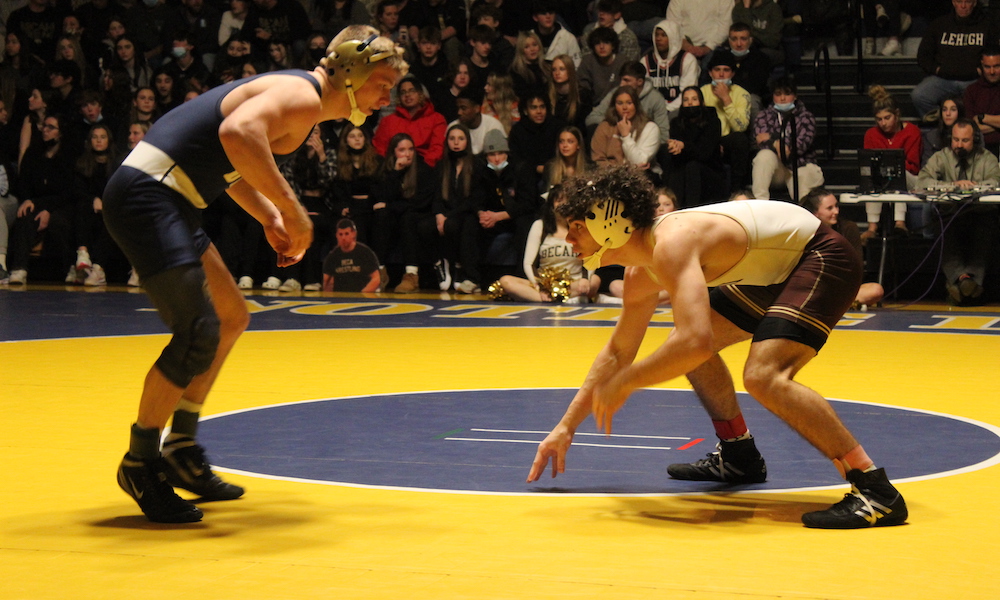 The number three AAA wrestling team in the state, Bethlehem Catholic, traveled to the number one AA wrestling team in the state, Notre Dame Green Pond, Saturday night in what was dubbed “The Holy War”. It was already a special night for the Crusaders as Notre Dame held their Senior Night festivities to honor the following seniors: Brandan Chletsos, Evan Maag, Adam Schweitzer, and Jacob Wehr. The Crusader gymnasium was filled with fans from both teams in what was truly an intense battle in an electric atmosphere.

The final matchup of the night was at 289 in which Bethlehem Catholic’s Elijah Thompson defeated ND’s Mason Ludlow in OT.

The Golden Hawks captured the match win over the Crusaders with a final score of 30-18. Both teams continue their seasons on Wednesday the 26th with Notre Dame at Wilson and the Golden Hawks at Parkland. 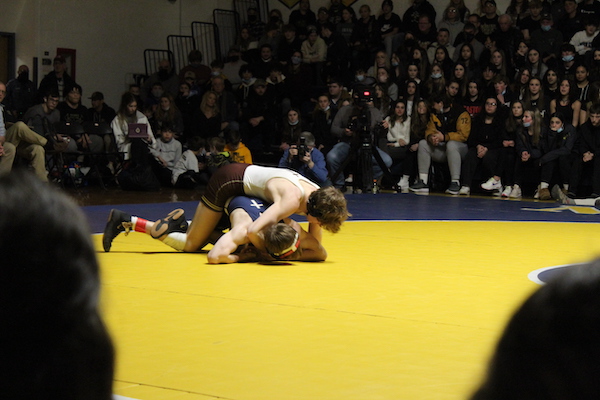