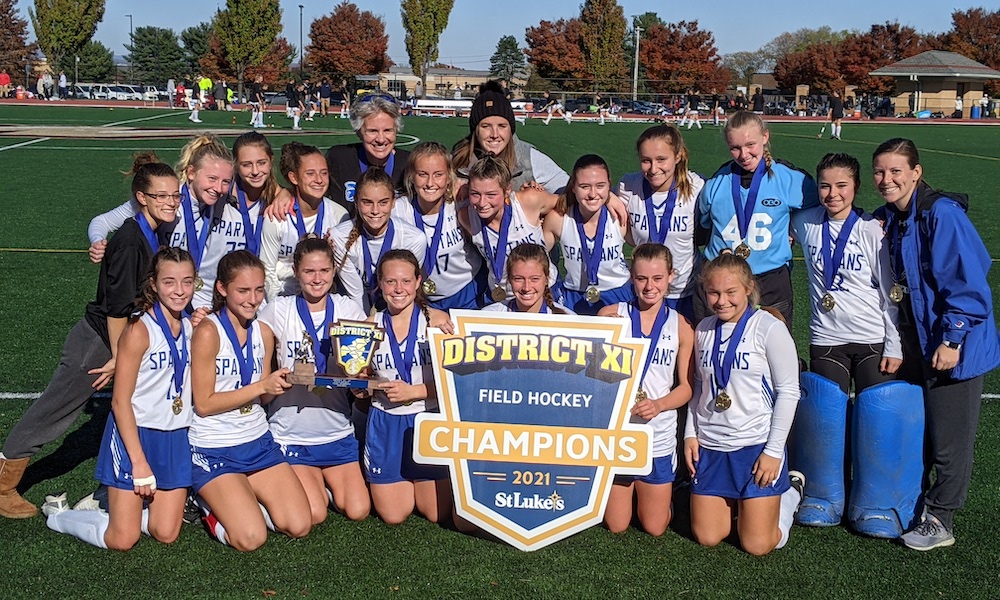 Last year’s district championship came down to Southern Lehigh and Pocono Mountain East and this season was no different. Just as the Lady Spartans did a year ago, they downed the Cardinals to win district gold by a 2-1 score. The win sends Southern Lehigh into the PIAA tournament, which gets underway on Tuesday.

Both teams played through the first 15 minutes splitting the momentum as they looked for open shots. In quarter two, the Lady Cardinals put on immediate pressure and it paid off quickly when Daniella Fazekas scored her 17th goal of the season to put Pocono Mountain up 1-0. The one goal deficit marked the first time all season that the Spartans had trailed in a game, giving the Cardinals hope for the rest of the game. The goal was just the fourth allowed by Southern Lehigh all season and their first in the postseason where they outscored their opponents 14-1.

The second quarter was a display of defensive prowess by both sides with Pocono Mountain getting the only two shots on goal in the quarter. Both teams were able to move into the other team’s territory but from there, the defenses took over and cleared shots away.

The lead held up until midway through the third quarter when Reese MacIntosh found herself in an unfamiliar place, but she knew exactly what to do when the Spartans were awarded a corner.

“I’m not usually the inserter, but this time I was, and I inserted the ball and we drove it in. As I went toward the goal, I saw the ball rebound and just took a shot,” recalled MacIntosh, a sophomore. “I play defense, so I don’t get a lot of opportunities to be scoring.”

The fourth quarter came down to the fact that Pocono Mountain East kept giving Southern Lehigh opportunities to score and finally, the Spartans were able to take advantage of the gifts. In the quarter alone, Southern Lehigh drew seven corners and had 20 compared to just three for the Cardinals throughout the game. As time drew down close to the two-minute mark and Southern Lehigh had yet another corner, Riley MacIntosh sent a ball to the far post and Iris Gluck deflected it past goalie Lauren Waldstein for the go-ahead goal.

“Lana Hughes passed the ball out to Riley, and she did a nice job to drive it to the far side post where I was standing. I just tapped it in, pretty much just walked it into the goal,” said Gluck of the game winner. “We had a lot of momentum on our side at that point because we had scored just a little while ago. It was the perfect time to score because they didn’t have much time to come back, it felt really good.”

The win capped a perfect season that gave the team gold in both the Colonial League and District 11 tournaments and their ninth District 11 championship since 2003. Now, they will take their perfect 21-0 record into states, facing Northern (18-3) the fourth-place team from District 3. Because they are district champions, the Spartans get to stick close to home for the opening round and will play at the Whitehall Sports Complex Tuesday at 5 p.m.

As for the Cardinals, they finished their first season under new coach Gabby Watson with a 13-6 overall record and a trip back to the district final.

“Obviously, it wasn’t the outcome that we wanted, but they continued to fight until the end,” said Watson of her team’s play. “It’s been amazing. I have a great group of girls and a great group of parents and great assistant coaches and that’s made the transition easy.” 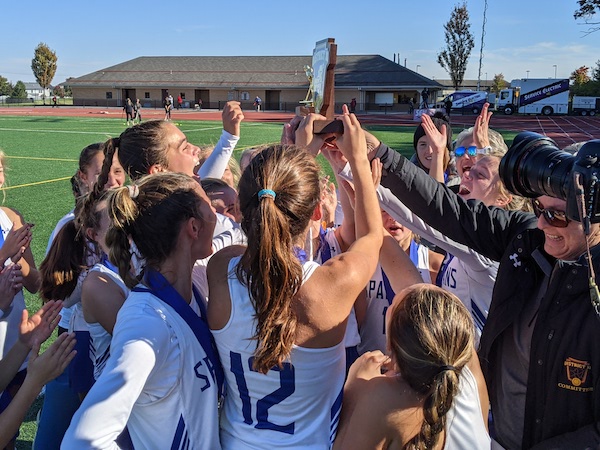